Chaos and the Human Body

The best introductory book on chaos is Chaos: Making a New Science

” Where chaos begins, classical science stops. For as long as the world has had physicists inquiring into the laws of nature, it has suffered a special ignorance about disorder in the atmosphere, in the turbulent sea, in the fluctuations of wildlife populations, in the oscillations of the heart and the brain. The irregular side of nature, the discontinuous and erratic side–these have been puzzles to science, or worse, monstrosities.

But in the 1970s a few scientists in the United States and Europe began to find a way through disorder. They were mathematicians, physicists, biologists, chemists, all seeking connections between different kinds of irregularity. Physiologists found a surprising order in the chaos that develops in the human heart, the prime cause of sudden, unexplained death. Ecologists explored the rise and fall of gypsy moth populations. Economists dug out old stock price data and tried a new kind of analysis. The insights that emerged led directly into the natural world–the shapes of clouds, the paths of lightning, the microscopic intertwining of blood vessels, the galactic clustering of stars.” —James Gleick

A The above an example of chaotic function. It is relatively aperiodic (without a clear rhythm).
Normal heart rate (plotted in beats/min across time) should look sort of like this.

B The above is an example of periodic function. It is relatively rhythmic.
A person with a heart rate (beats/min) that plots out like this is in SERIOUS trouble.

Fractal geometry is an aspect of chaos

Self-similarity is a characteristic of fractal geometry

Many human structures are self-similar, and therefore are chaotic (at least to some extent) 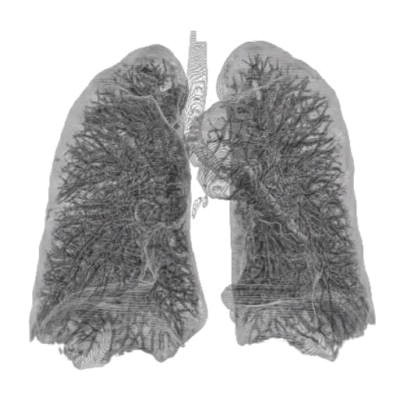 Optional: If you want an entertaining and easy-to-follow explanation of fractals (including fractals in the human body), watch this PBS video NOVA: Hunting the Hidden Dimension about

What you have to know about chaos for your course

If you are really interested in chaos, another good book is If you want an entertaining and easy-to-follow explanation of fractals (including fractals in the human body), watch this PBS video Deep Simplicity: Bringing Order to Chaos and Complexity about