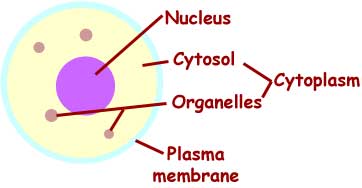 The “main” parts of a typical cell.

Cell membrane functions are cell functions (that is, many functions of cells that we will discuss are in reality jobs performed by the membranes of cells) 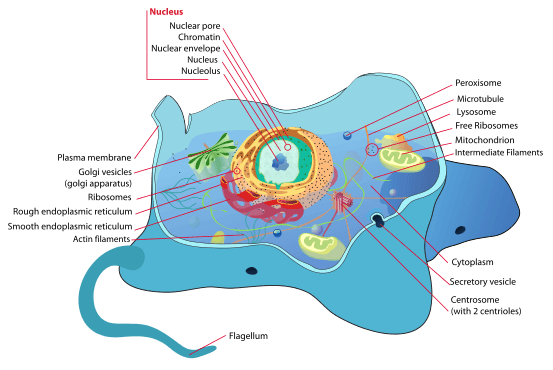 A “typical” cell model.
Click here for a larger image.
Campare to another cell model. 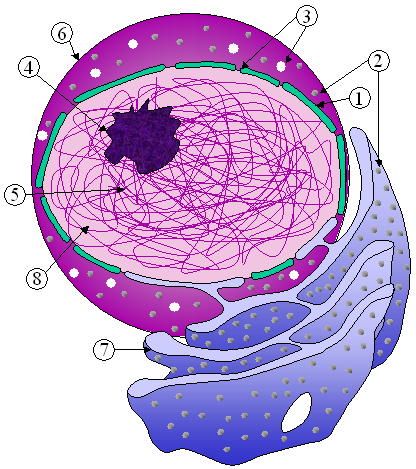 Smooth ER (SER) has no ribosomes 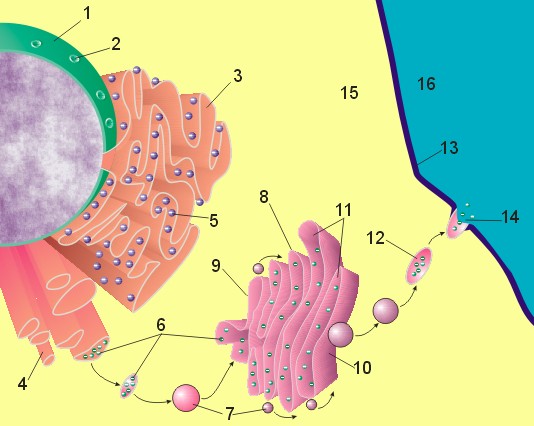 Formation of secretory vesicles
This diagram illustrates the process by which . . .
A. Proteins made by ribosomes enter the ER and are processed, then moved in ER vesicles to the Golgi apparatus.

B. Golgi vesicles then shuttle the chemicals from one sac (cisterna) to the next, as the Golgi apparatus further processes the chemicals.

C. Finished chemicals are packaged in vesicles that then may be secreted from the cell.
Some ER and Golgi vesicles instead remain in the cell and the chemicals inside perform intracellular functions.

Proteasome
Hollow, drumlike cylinder made up of protein subunits 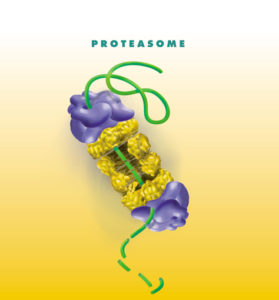 Proteasome
A protein (green) is shown moving from top to bottom through the hollow proteasome. Middle part is cut away to see where active enzymes cut the protein into small segments, which then move out ofthe bottom end.
(click image to enlarge)

Cytoskeleton
Made up of

Daughter cells are now separate and in G1 of interphase

Daughter cells should always have the diploid number of chromosomes—except egg cells and sperm cells, which should have the haploid number.